Made by Nintendo, released in 2001

Current Zar note: I did this LP in 2008! I left my write-up mostly unchanged.

NOT MUCH HAPPENS TODAY EXCEPT OPTIONAL BOSS BATTLE with a boss very few people seem to have seen or fought. :O HIS NAME IS GOOLIX, AND HE IS FUNKY. 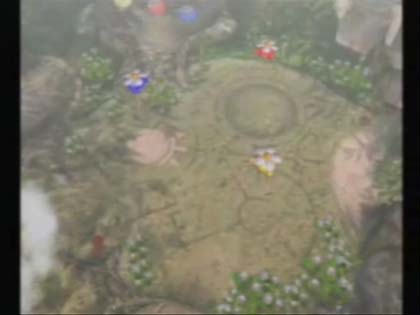 DOWN TO THE IMPACT SITE 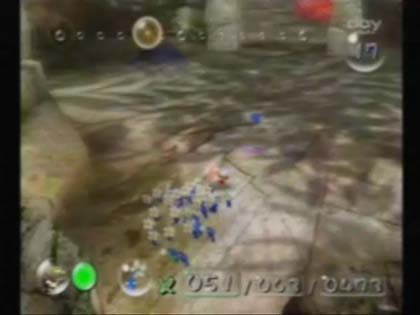 Make sure you only bring Blues with you here becaaause 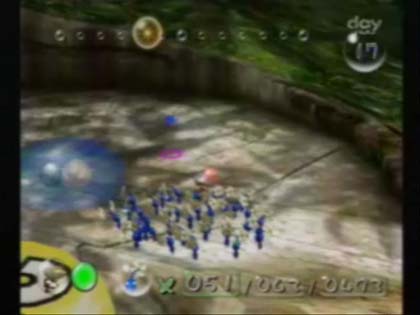 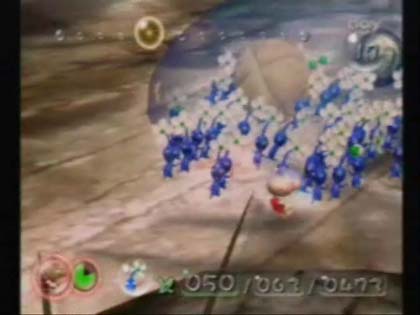 You'll see this more clearly in the vid, but Goolix has two parts to it. It'll follow you wherever you go with the lighter part, and it moves deceptively quickly. Although it could just be that i haven't fought goolix in like years. :O Anyway, it'll drown any other Pikmin, so what you want is to toss blues onto the darker part of it. Apart from drowning your Pikmin, it can't hurt them. It can do a number on you though, if you're not careful. 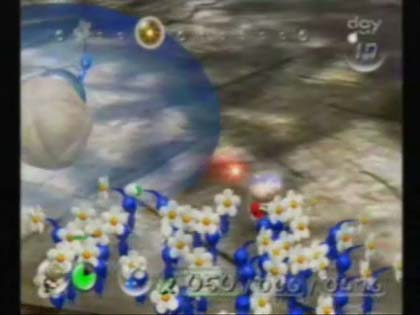 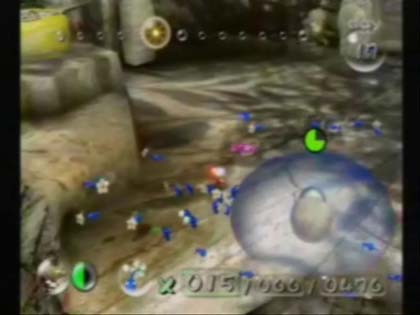 You can also throw Pikmin on the lighter part, and it'll then throw all the Pikmin on it in different directions. This also does more damage than just wailing on the darker part though. :O 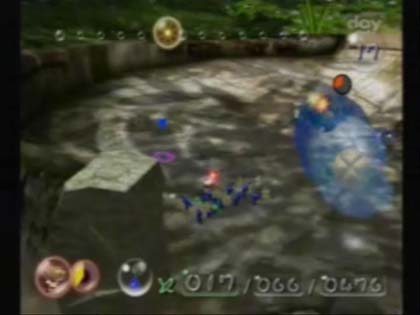 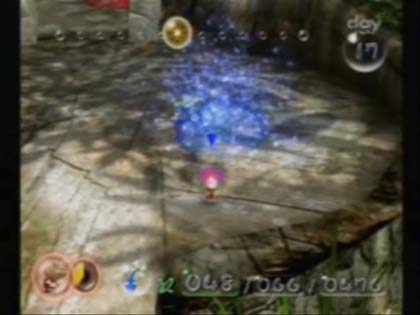 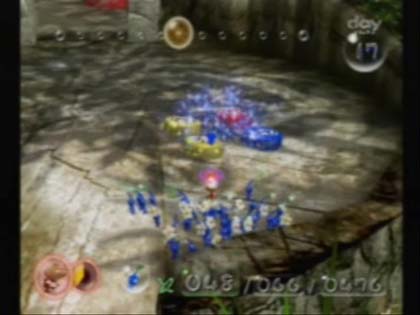 And yup, only drops pellets. He doesn't really drop anything interesting or worthwhile, but it's a pretty interesting little subboss I think. :O I WANTED TO SHOW YOU GUYS ANYWAY. you can see it better in the video. :B 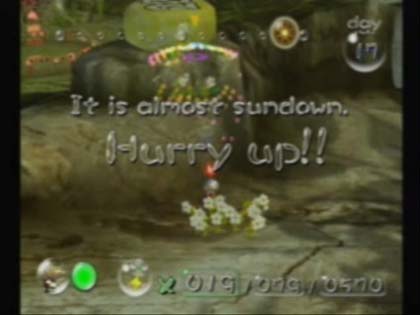 Spent the rest of the day building Pikmin cause lol nothing else to do. :B 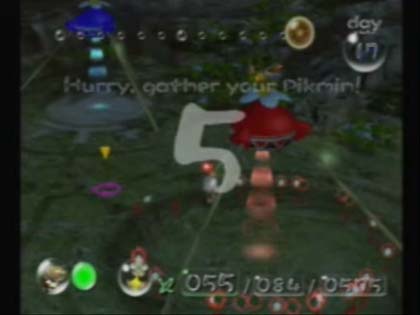 TO MANY PIKMIN TO PICK AAAAGH 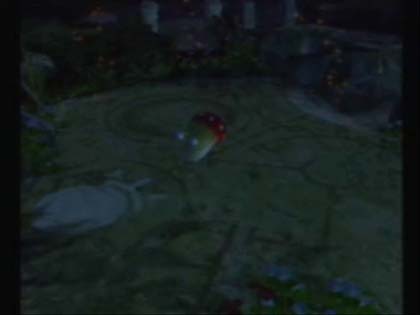 I left some behind D: 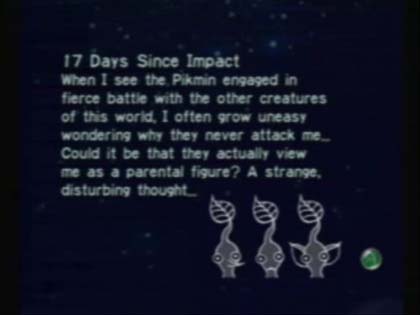 It IS a weird question, isn't it? Either there's something about being picked that makes them subservient to you (but why?), or there's just something about Olimar himself. :O Heh, I always kind of thought they thought the light on his helmet was like a super flower or something and followed him for that, but hey pet theory. Although Olimar being weirded out about it, hahahaha. 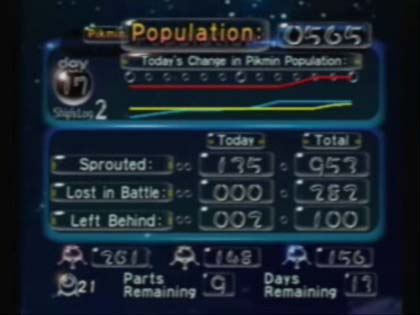 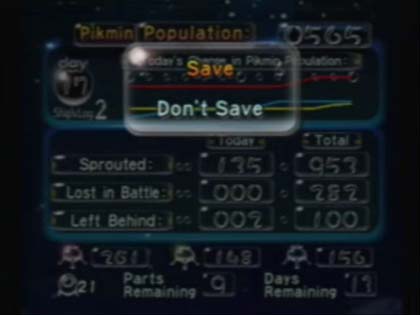 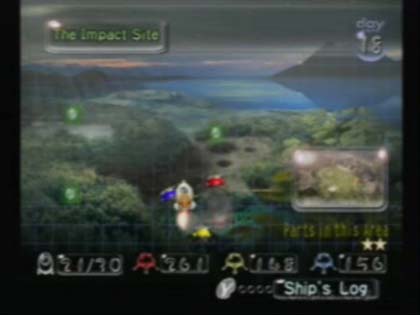 AND BACK TO THE DISTANT SPRING NO DOUBT! I haven't actually recorded the next days. :B I should get on that.