Made by Nintendo, released in 2001

Day 23 - The Final Trial (Emperor Bulblax round one)

Current Zar note: I did this LP in 2008! I left my write-up mostly unchanged.

god it feels like I've been doing this one forever :O

AND THE FINAL BOSS 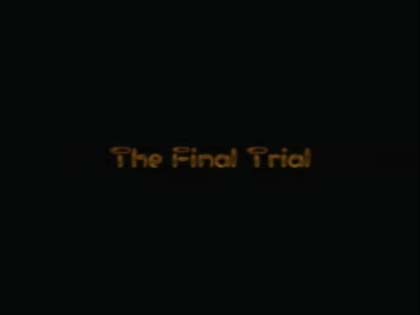 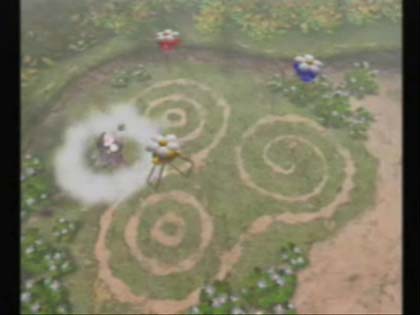 The Final Trial has some interesting music... it sounds very cheery at first glance, but has a distinctly sinister undertone that can really make you paranoid. D:

If I remember right, when you come back to the world in Pikmin 2, the first place you land... not the Wistful Wild, the white snow area... frick I can't believe I'm blanking on its name...THE VALLEY OF REPOSE that's it. Well anyway if I remember right the Valley of Repose is the Final Trial, after the time Olimar spent away. :O

Anyway, there are a bunch of puzzles to get to the last boss, but you can see me solve them in the video, so you can just watch that if you want more details on that. 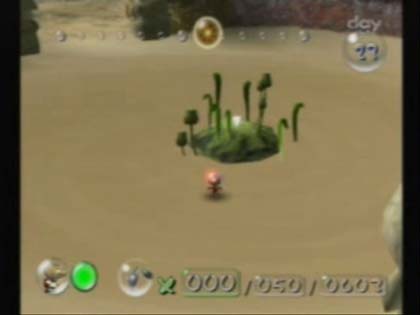 hahahaha I remember Alex telling me about this when we first got Pikmin, since I think he got here first, and he was all like AND THERE WAS THIS THING AND I TOUCHED IT 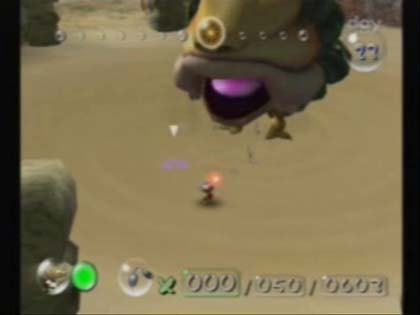 This guy POPS out of the ground like WOAH which can scare any new player to death, I'm sure. This nasty guy is Emperor Bulblax, your final boss. He shows up again in Pikmin 2, although he's much weaker and easier to deal with (despite being given some new abilities) but anyway.

The Last Huge Living Thing plays whenever you're by him. I can see Gant playing this tune. :O 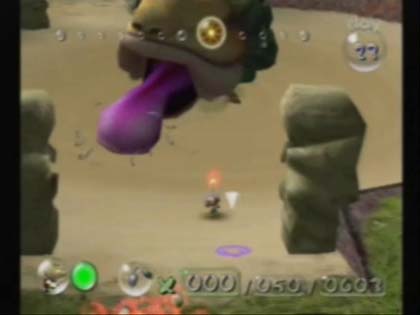 Bulblax can stick out that long toungue there and sweep up any Pikmin nearby. And that can be a lot of Pikmin, if you're not prepared for this. It can also do damage to Olimar, although that kinda seems like a given. :B 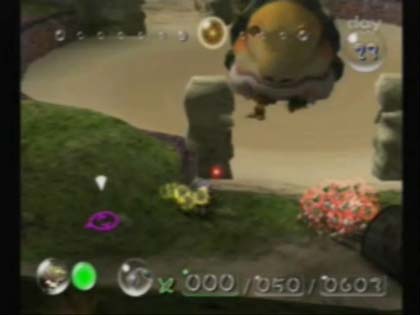 He can't leave his arena, which is one good thing at least. What you want here are about 10 yellows and 40 reds. That's as much as you can deal with easily at one time, and about as many as you can throw on his face before he shakes them off. Smaller amounts are easier to handle, remember! You'll want your yellows hooked up with Bombrocks, but there's really well-stocked bombrock thing nearby, so that shouldn't be a problem. 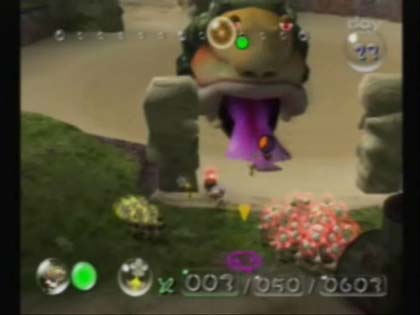 What you want to do is throw a yellow out to lure him close, then call the yellow back when he starts salivating, so your yellow will just barely escape his tongue to come back to you. I imagine that yellow having nightmares for years. D: 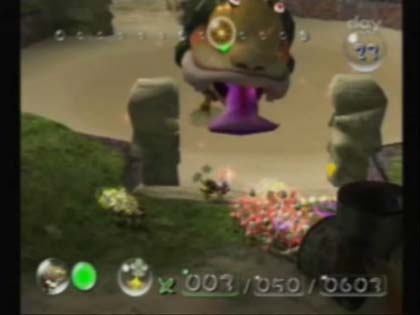 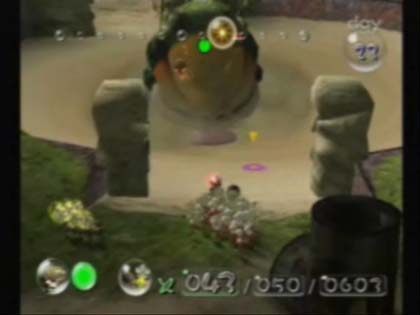 The blast will stun Bulblax long enough for you to snag your red brigade (that you want to keep close to the edge, but not TOO close) and bring them to bear. 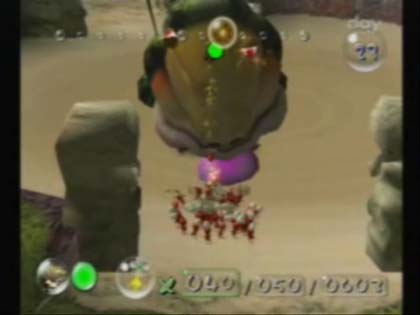 THROW THEM ON HIS FACE DO IT NOW DO IT QUICK

you do NOT have a lot of time to do this, so throw as many as you can. He'll eventually shake them off, at which point you need to retreat to repeat the process again until he dies. Bulblax has a lot of HP, and he can also sit on any Pikmin that swarm his legs, so you can't do things that way (why I recommend throwing them on his face, so when he stands he won't sit on all your Pikmin and kill them instantly).

It's a long process, so you might want to set a whole day aside for this. I decided to give it a shot to see if I could finish it off in one day, but I didn't quite make it. :B 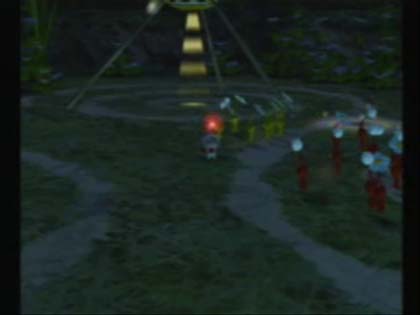 Only got him down to half-health before I had to run. I'LL BE BACK. 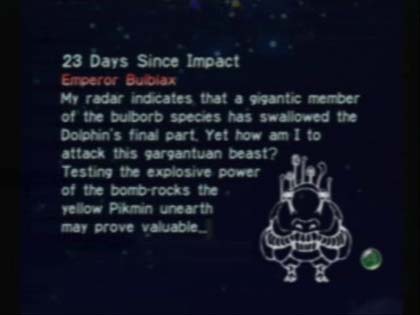 well actually no, there's no way there'd just be a boss like that that wasn't guarding something important. Games tend to work on a fairly obvious set of rules... they show you things they want you to get or go to, they tell you things they want you to do, and they put obstacles in front of things that they normally want you to surpass. When designers start circumventing these rules, people can easily get irritated. Although, done well, it can be a neat exploration of the medium. But it's hard to do things like that well, and most games that try fail. Otherwise you're essentially throwing out red herrings into a game's mechanic itself, which can slow things down and frustrate people.

So whenever anything happens in any game, I tend to think about it in terms of what that game's designer wanted me to think. They emphasized that word, they want me to go get it or remember it. They showed me that door, they want me to go in it. They gave me this item, and despite how essentially random it seems, they want me to use it at some point in the future. Somehow. I dunno if this is just a mindset that I took from playing adventure games like my whole life (the birth of the nonsensical irritating puzzle, solved by some random inconsequential item you'd never think would be used in that way) or if it's just a general gaming mindset. Everything in a game is in some way necessary (this is not counting things like window-dressing or detailed environments or anything like that, i mean things were put into the game because they have a purpose, even if that purpose is to make the environments more realistic/interesting whatever). Everything in a game has a point, generally, in some way or another. You do things because doing things tends to reward you in some way, either with more story, more items, character development, progression of the plot, or any number of small rewards. That's why I think Shadows of the Colossus is interesting... you're essentially just doing things for the sake of doing them (for the reward, even though you don't know what it is, that you assume will come from doing the tasks they set before you, because that's how games work), but from how peaceful the colossi seem most of the time, it seems like you're just killing them for the sake of going through the motions that, as a gamer, you do automatically without thinking about them. But actually I think Tycho covered that idea more in his post about it.