What is this place?

It's a personal site! A rarity on the modern internet, I know. Ashido.com is basically the center hub for all of my internet shenanigans. I've been dorking around the internet for some ten+ years or so ungodly amount of time and I've done a lot of stuff along the way, most of which is chronicled somewhere on these pages. You'll find little pages for things I make or animations I've done and such here. It's just kind of nice to have your own place where you're not beholden to a greater entity. I do update this place pretty infrequently though, I must admit. Social media sites make things so much easier! But there are things here you can't find anywhere else too. You can see the main list of links of stuff here under the red tetris block on the left.

Anyway, the jist is I've had this site for a very long time and as such, this place (and drdowasure.com) basically cover a very long period of my creative life. SO THE WRITING/ART QUALITY IS GOING TO VARY SEEMINGLY RANDOMLY AND WITHOUT WARNING DEPENDING ON WHAT YOU'RE LOOKING AT since I never date anything. For example, the art of the MGS art dump will look different from Any Regrets, which will look different from I'm Going to Kill You, and so on. Some art/fic will thus be completely terrible and some will be... I guess less terrible. IT'D HELP IF I DATED THINGS MORE OFTEN BUT I DON'T SO

JUST KEEP THAT IN MIND

Oh, yeah, and if you want to contact me about something or another, I can be reached at Astronia at aol com, usually.

When I was trying to think of a domain name a long time ago, my first thought was zarla, but there was some kind of weirdness with that I can't remember exactly now. So instead I decided to use the name of a Furcadia character I had named Ashido (after Acid Tetris, since I was a huge weeb back then) since it seemed short and simple enough. Ashido was an albino raccoon with ratty broken wings and a bunch of fleas since I thought a furry with fleas was hilarious. He only shows up rarely nowadays, usually being tormented by Space Pony, another furc character of mine. BUT THAT'S A STORY FOR ANOTHER DAY.

Why the Tetris theme?

I like Tetris. Also see above about Ashido/Acid Tetris. 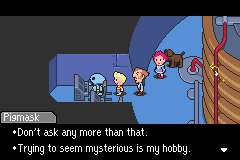